The Importance of Making a Good First Impression with Political Advertising

Political advertisements are critical to generate, modify, or reinforce political attitudes of voters by triggering emotional responses, leading to shifts in an individuals’ feelings and moods. 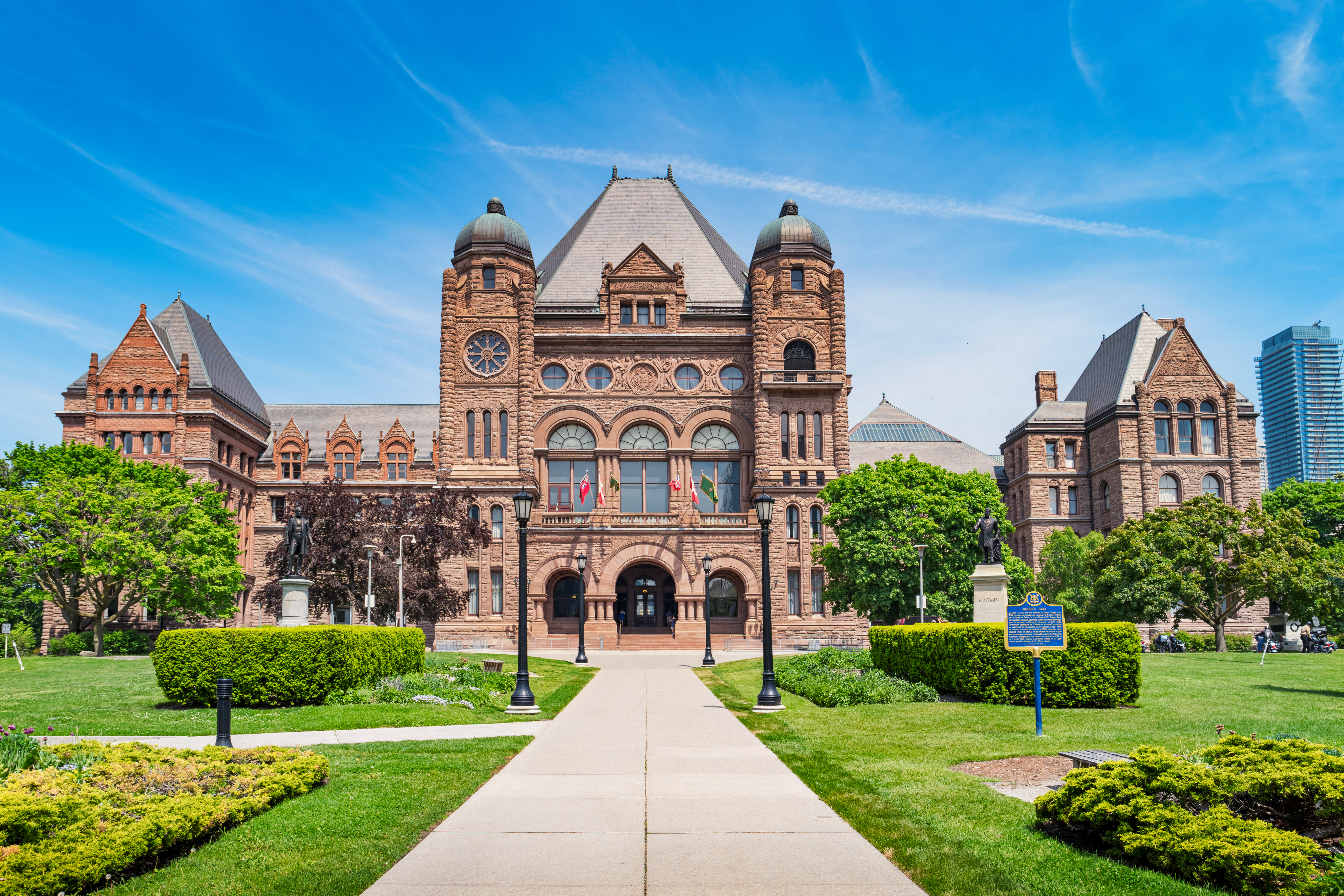 We took a look at some of the first promotional videos released by political parties in the Ontario election and are shedding some light on the different strategies employed.

Get It Done. These are the words consistently displayed throughout the video released by the PCs. When watching the video, you can’t help but think of a preseason hype video for your favourite sports team. The video is upbeat, displaying eye-catching images, and complemented by an up-tempo song. Overall, the video has a positive tone to it. Candidates, specifically incumbent candidates, are more likely to use positive emotions such as enthusiasm and pride as appeals for support, often favouring a strategy called issue-based advertising. These ads allow incumbents to showcase to voters how their past accomplishments demonstrate their governing ability, how they have advanced issues that matter to voters, and how these successes can be built upon with re-election.

Research from Abacus Data shows that the PCs are currently well ahead in the polls, and Doug Ford’s likeability is higher than the other two leaders. Within that context, positive messaging should work, and if the PCs continue to adhere to a positive message that instills a sense of pride or enthusiasm in voters, they should be able to ‘get it done’.

The Liberal party takes a completely different approach to their launch video. ‘Resilience’ opens with leader Steven Del Duca sharing the heartfelt story of the passing of his younger brother. Del Duca explains the adversity he faced in the aftermath of his brothers’ passing, and how resiliency helped him get through it. The video then shifts to focus on Ontarians and the adversity they have dealt with throughout the COVID-19 pandemic.

It’s clear the intent of the first video is to introduce Del Duca to the general public. They are concerned, as they should be, voters don’t know who Del Duca is. Del Duca is by no means a rookie politician – he served in former-Premier Kathleen Wynne’s Cabinet and was an MPP from 2012-2018. As such, an issue-based advertising strategy touting Del Duca’s experience as a politician could have been employed. Instead, the Liberals chose an image-based advertising strategy. Image-based advertising is useful to introduce candidates; focused on establishing a more personal and emotional connection between them and voters. For party leaders with less name recognition, this allows them to introduce themselves to the public and showcase specific aspects of their identity.

As the election proceeds, we’ll likely see a shift in strategy from the Liberals. While the video was effective in introducing Del Duca, this is a short election period. Don’t be surprised to see the Liberals get on the offensive with issue-based advertising. Public opinion polling shows that the Liberals and NDP are statistically tied. This means two things. First, the Liberals need to show voters why there is need for a change. Second, they must demonstrate they are the best choice between them and the NDP to be the next governing party. Given this, issue-based advertising targeting the shortcomings of the opposing parties is likely to come. 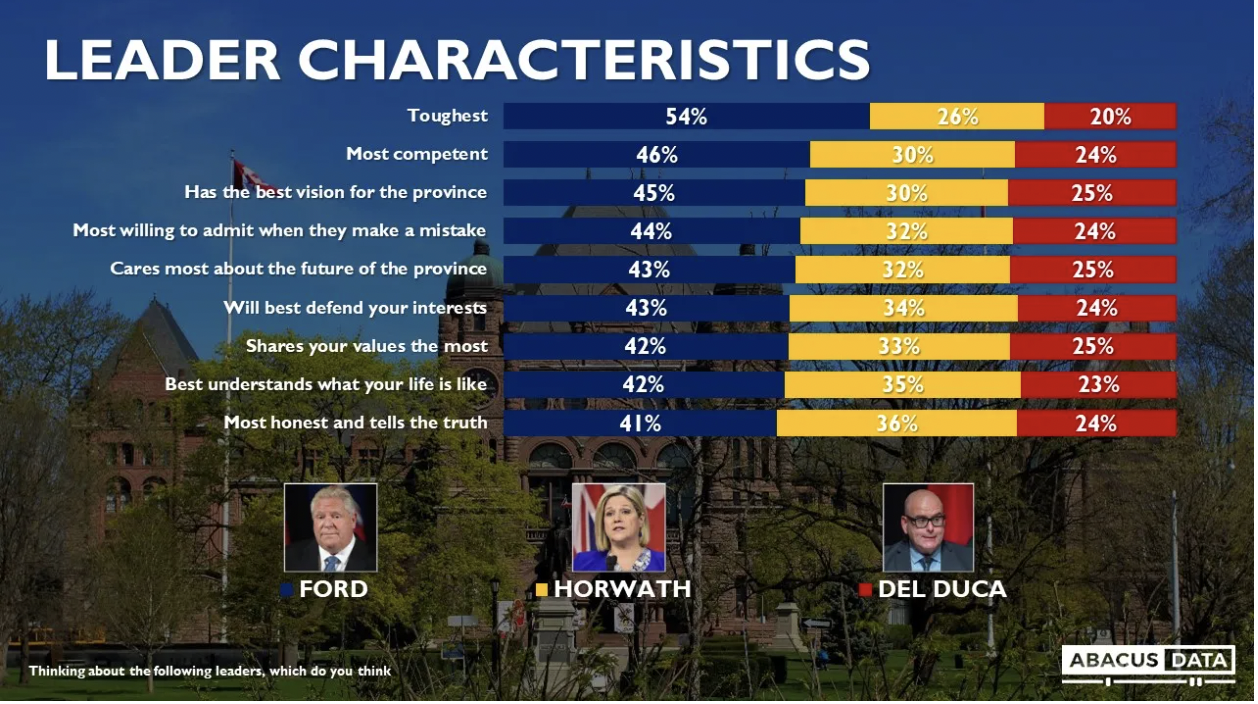 The NDP presents voters with two campaign launch videos, which could be indicative of the party’s impressive fundraising efforts. Interestingly, one adheres primarily to an image-based strategy, while the other an issue-based strategy.

The first video titled ‘Hard Work’ primarily contains elements of an image-based strategy. The video is narrated by leader Andrea Horwath, telling the story of her hard-working parents. In comparison to the video released by the Liberals, there is less focus on introducing Horwath, given she has been the leader since 2009. Rather, the image-based strategy focuses on making Horwath relatable to the working-class citizens of Ontario and how she is ‘willing to fight for you’.

Looking at the second video, ‘Ping Pong’, elements of an issue-based strategy are evident. The video shows two men representing the PCs and Liberals playing a game of ping-pong. The two men hit the ball back and forth while text appears showing different policy issues on the screen with the narrator saying, “no matter who wins, Ontarians lose’. Looking at the video, it’s clear how issue-based strategies differ for opposition parties vis-a-vis incumbents. Opposition parties often rely on issue-based advertising to reveal policy elements of their election platform, which may not be well understood amongst voters. They often critique or attack the achievements or priorities of other parties, usually the incumbent.

The decision to release two separate videos, both with a different strategy, makes sense for the NDP. Unlike Del Duca, Horwath has more name recognition so there is less importance placed on introducing her to the public. That being said, polling shows Horwath's likeability has been in a decline. As such, it is understandable the NDP would release a video that establishes an emotional connection with voters. The issue-based ad demonstrates that the NDP recognize they need to not only defeat the PCs, but also the Liberals if they are going to have any chance of winning.

Political advertisements are critical to generate, modify, or reinforce political attitudes of voters by triggering emotional responses, leading to shifts in an individuals’ feelings and moods. They are less about the nitty gritty details of policy issues, but rather simplified messages aimed at triggering emotional responses amongst people who are likely to vote. A closer look at the first campaign advertisements in Ontario revealed that regardless of the advertising strategy chosen – issue-based or image-based – they are both focused on establishing an emotional connection with voters.